A CBS Los Angeles investigation has uncovered that the Los Angeles Police Department (LAPD) are reluctant to use the electric vehicles the department leases as part of a splashy effort to supposedly “go green”:
X
April 14, 2017 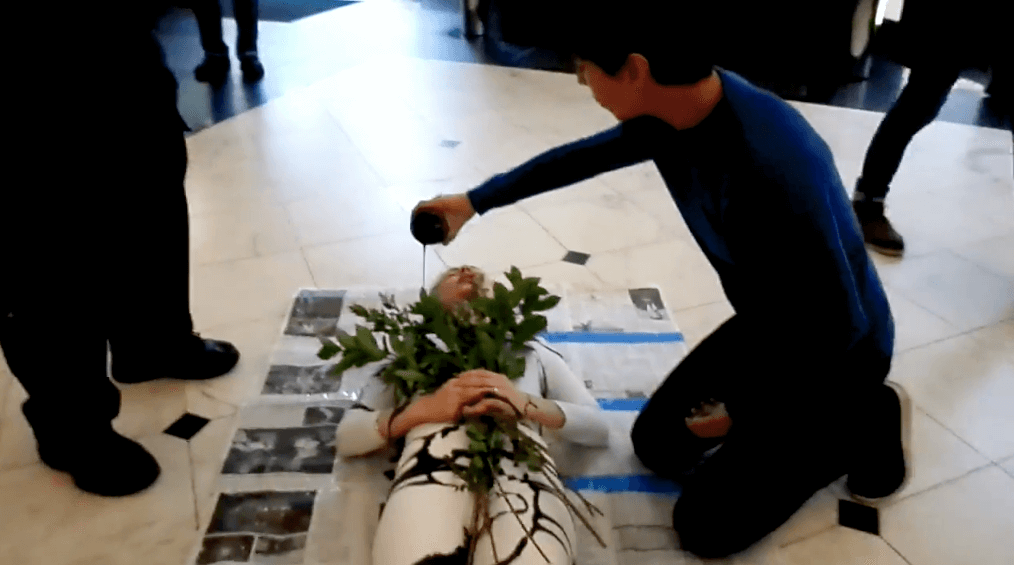 The Environmentalist Left was rejected at the ballot box in 2016, and they have pledged to stand in the way of American energy in 2017 and beyond. As they keep losing at the federal and state level, though, their protests have gone from disruptive to just-plain bizarre.

The latest protests are coming to a bank near you, and they involve newspapers, “an oily concoction,” and dead fish.

Here is our under-10- minutes ritual for banks that finance fossil fuel extraction. We (5 or 8 of us) enter the lobby of Citi, TD or Wells Fargo—each is heavily invested in Dakota Access and other pipelines. We lay down newspapers. One of us dressed in white lies down on the papers clutching a symbol of the Earth, a rock, a branch, a wing… We pour an oily concoction (safflower oil and graphite) upon this prostrate person while we sing and preach and film. We hand out flyers about good banks and bad banks. Then we clean up and, help the human Jackson Pollock to the door, and disappear down the subway steps.

The post included a video of one such protest:

Rev. Talen staged the protest with a dead fish that apparently “came to life in the bank and was put back in the East River where it swam away.”

To add to the “ritual[s],” see MassLive‘s recent post on a “guerrilla theater” that happened this week in Amherst, Massachusetts:

The group will conduct a 20- to 30-minute “guerrilla theater” at Bank of America, 1 South Pleasant St., to “galvanize people to close their bank accounts at banks that finance the companies building the Dakota Access, Trans Pecos and Keystone one XL pipelines.”

One important note from MassLive? “The pipeline has been completed.”